The exhibition of numismatics introduces samples of numismatics from the first centuries AD up to the 20th century. The exhibition starts with coins from the Roman Empire forged in the times of Mark Aurelius (161–180), Antoninus Pius (138–161), etc. These coins were found in the Klaipėda area, and demonstrate that in the early centuries AD the tribes of the Balts living near the sea had commercial relations with the Roman Empire. 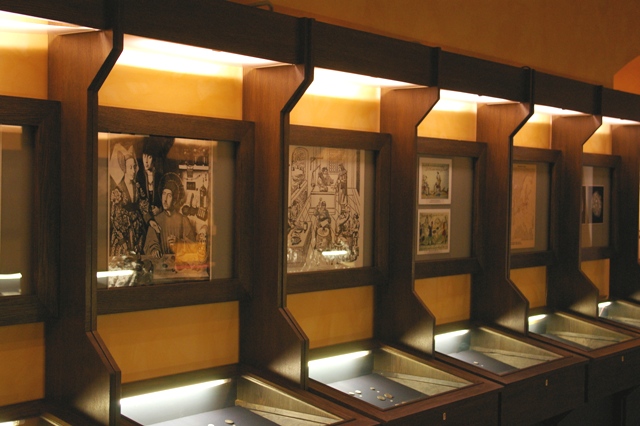 Fragment of exposition. Photograph by A. Grušelionienė

Also displayed is the oldest Lithuanian money, Lithuanian "long" money; silver alloys from the 12th–13th centuries. Next to these are scales for silver and weights found during expeditions in Slengiai, Klaipėda District.
Visitors to the exhibition can also acquaint themselves with coins of various nominal values, such as shillings, small coins, orths, patagons, etc, forged in the 14th–16th centuries in the Order State and in the 17th–18th centuries in Prussia, Lithuania, Poland, Russia and other countries of Western Europe. In addition are the metal tokens forged in the Konigsberg Mint at the beginning of the 17th century and the Treasury coffer of the town of Klaipėda which was kept in the former building of the Magistrate. Maps, engravings and documents illustrate the history of coin minting and banking. 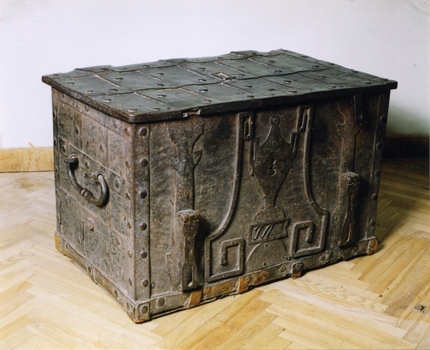 Treasury coffer of the town of Klaipėda. 17th century

Two collections of particular interest are on display in the museum: the first one is a wealth of silver coins discovered in the village of Jucaičiai (Priekulė District) in 1942, in a clay cup wrapped in a linen cloth under a large pile of stones. In all 823 silver coins from Poland-Lithuania, Prussia and Saxony of the 17th–18th centuries were found. In 1959 only a part of the collection – 274 coins – were received by the museum. The other collection is 151 silver coins from Prussia and Poland-Lithuania from the second half of the 17th century which was discovered in Gargždai in 1962. 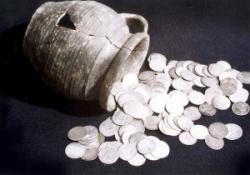 Coin collection found in Gargždai in second part of the 17th century, 1962. Photograph by K. Demereckas

Paper money and coins from Prussia and Russia from the 19th century is also on display in the museum. A considerable part of the exhibition is devoted to the provisional money from World War I and the after-war years which, due to the lack of real money, was issued by the German Government, local authorities of occupied countries, municipalities of the East Prussian towns and districts, as well as banks, commercial and industrial enterprises. After World One provisional money was issued by Rusnė (1917–1920) and Šilutė (1918–1921) town leaders and the Klaipėda Commercial Chamber (February 2, 1922). The provisional money issued by the Klaipėda Commercial Chamber and printed in Munich are of special interest. 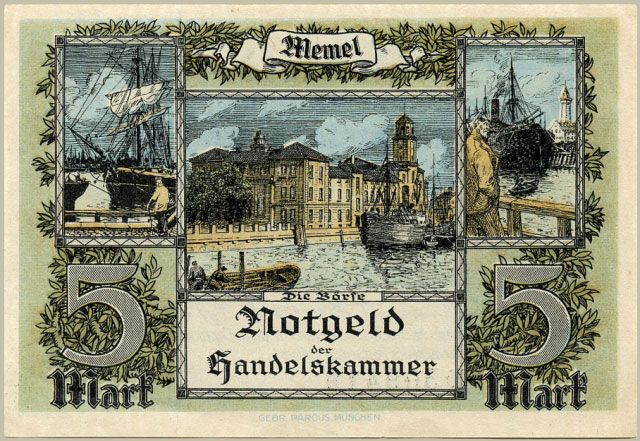 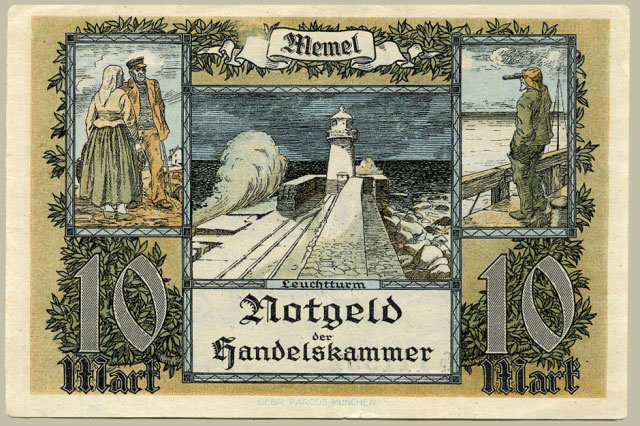 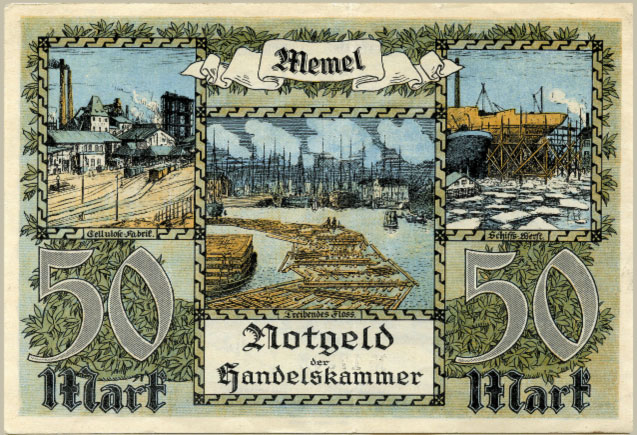 Visitors may also see the bank notes printed by the Lithuanian bank (issued 1922 and 1927) and coins (issued 1925, 1936 and 1938) during Lithuanian Independence (1918–1940). In addition, coins and bank notes of Germany (issue of the beginning of the 20th century–1944) are on display. Savings-books, cheques and other exhibits show the history of commercial banks.
The exhibition finishes with the newest exhibit: the treasure which was discovered in the cross of the tower during the restoration of Kretingalė church in 1993. Hidden together with the documents describing the construction of the church were thirteen coins of different nominal values minted in 1812, 1873, 1874.