Conquests of the German Order

The Pagan tribes of the Baltic region in 13th century became the objects of aggression by German knights who were spreading Christianity. From the beginning of 13th century, Knights of the Sword began the conquest of the Lyvians, the Latgales and the Curonians and other tribes. Knights of the Cross who settled near the river Vistula (Wisla) in 4th decade of 13th century started the conquest of the Prussian tribes which lasted for 50 years. Supported by the Popes and knights of Western Europe, the Order of Germans (in 1237 Knights of the Sword joined the Knights of the Cross) managed to break the resistance of the tribes. During the battles the Knights of the Sword built the Klaipėda Castle in 1252. After reaching Nemunas river, from the end of 13th century, the Order of Germans started long lasting wars with the pagan state of Lithuania and in the conquered lands of the Baltic tribes was established a State of the Order. (Later, after the Reformation had started, the Grand Master of the Order Albrecht von Brandenburg transformed the State of Order into a more modern Protestant Duchy of Prussia (1525–1701). In 1701 the territory of the principality became a constituent part of the Kingdom of Prussia and became known as Eastern Prussia. After World War I, the region of Klaipėda was separated from Eastern Prussia under the Versailles treaty, and from 1923 until March 1939 it was governed by Lithuania.) 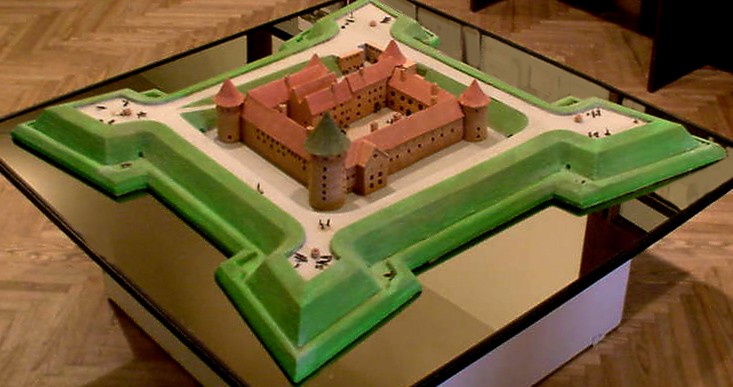 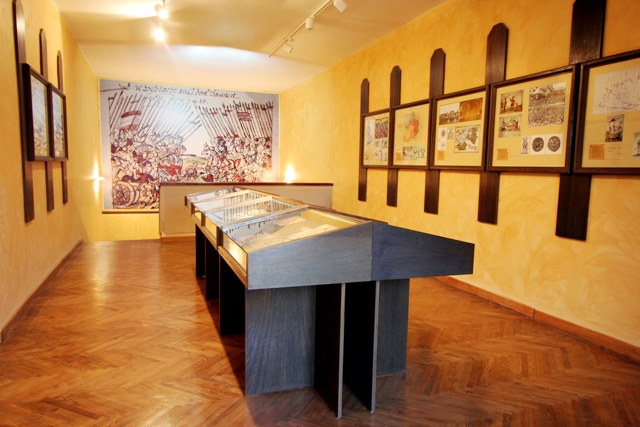 Exhibited in this part of the exhibition are maps showing the prehistory of Prussia and the state of the Order, the coat of arms of Prussia (created in 1548), 16th century illustrations of the chronicles of Danzig, views of the Order's capital Marienburg and Konigsberg, portraits of great Masters of the Order and so forth. In the displays can be seen 14th century tips of cross-bow arrows from the site of Klaipėda castle, samples of ceramics, tiles and other items found during archaeological excavations of Klaipėda Castle and the Old Town. A unique ceramic model by Dr. V. Žulkus of Klaipėda Castle during the 17th century occupies a central position in the museum.