Establishment of the museum

After World War II Lithuania Minor had a very small number of inhabitants. At the end of January 1945 only some dozens of local people were left. There was nobody to take care of the historical and cultural monuments of the town of Klaipėda and the Klaipėda region. A specific feature of the after-war years was the decay of Klaipėda town cemetery whose deliberate destruction and removal finally became official when in 1974 the process of destroying the cemetery commenced. Metal crosses, fences and other items were turned into scrap metal. Dionyzas Varkalis, a blacksmith and metal restorer from Klaipėda, succeeded in saving some cemetery monuments, including 8 truck loads of crosses, fences and gates. 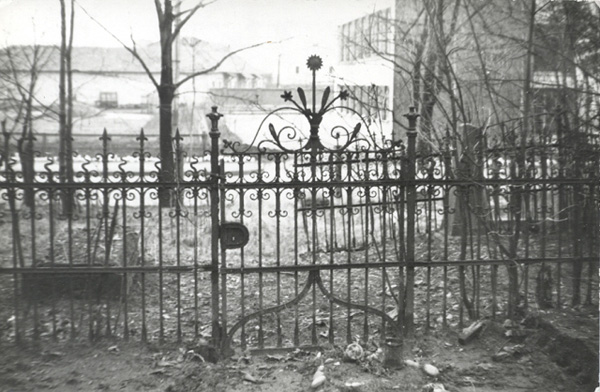 View of the old cemetery of Klaipėda

Some time later D. Varkalis discovered a blacksmith shop in a half-destroyed building of the Old Town in Šaltkalvių Street that belonged to Gustav Katzke, a famous blacksmith from Klaipėda. The original equipment and tools of the old master had survived. Then the idea to restore this and one more building and to establish a permanent exhibition of blacksmith work was born. The idea was supported by Alfonsas Žalys, former chairman of the Klaipėda Executive Committee. The buildings were transferred to the Department of Culture and the finances for the redesigning and other restoration work were allocated. 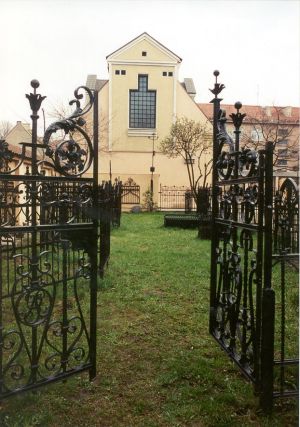 Inside yard of the Blacksmith Museum. Photograph by K. Demereckas

As soon as the restoration of the old blacksmith shop was completed, D. Varkalis concentrated on the renewal of blacksmithing as an occupation. He opened a temporary exhibition of crosses and fences from cemeteries. In 1991 the management of the old blacksmith shop went to the History Museum of Lithuania Minor where D. Varkalis was nominated the head of the blacksmiths' exhibition. After the complete restoration of the main building in 1992, the Blacksmith Museum was opened as a branch of the History Museum of Lithuania Minor.