Historical items of cartography (maps, atlases, globes) like other historical objects, provide significant clues about culture and history of a nation or country. The maps reveal a lot of information about the geographical environment of one or another territory which reflect some of the features of agricultural and political life.
The first maps in which the territories of Lithuania and Lithuania Minor are pictured were created by antique geographers, from the second part of 15th century by cartographers from Western Europe, and from  the 16-17th centuries by cartographers from Lithuania and Prussia.
The exhibition starts with the map of Europe (Octava Europae Tabule), made by C. Ptolemy in II century and published in ~1508, in which the cartographic view of Lithuania and the Baltic coast was introduced for the first time.
Works can also be seen by 16th century Western European cartographers, such as the map of Middle Europe by S. Munster published in Basel in 1628, and the older map of Prussia by H. Zell in Antwerp in 1570. There are several examples of works of the most eminent 16th century cartographer, C. Henneberger (1523–1600): "Old Prussia" (Konigsberg, 1584), "Maps of Prussia" (Antwerp, 1584), "Exact map of Prussia" (Amsterdam, 1633). 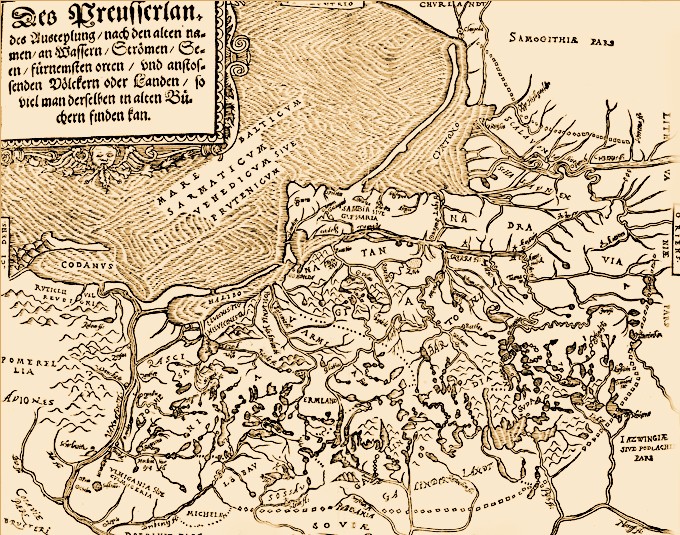 In the exhibition there are maps of Poland and the surrounding lands by the Polish cartographer W. Grodecki, published in Basel in 1574. In these is depicted the whole of Poland, Lithuania, Belarus, part of Latvia and Ukraine. Better than any other works of cartographers of this time, in the territory of Lithuania 23 settlements and more than 100 rivers are marked. A very significant map "Lithuania" (Litvana) was made by the Flemish scientist of German origin, G. Mercator, which was made in 1570 and printed in 1595 in Duisburg. This immortalised the name of Lithuania in cartographic literature and became a valuable document, reflecting the cartographic view of Lithuania in the 16th century. It shows in what is the present area of Lithuania around 20 rivers and more than 60 settlements.
The most famous object of Lithuania cartography is the first original map of the "The Grand Duchy of Lithuania" (Amsterdam, 1613) which was made by specialists of the state of Lithuania. The financing and the publication of the maps were headed by N. C. Radziwill (1549–1616).
The exhibition also contains maps of the Great Principality of Lithuania by 18th century cartographers M. Seutter (Novissima et accuratissima Magni Ducatus Lithuaniae, 1728) and T. C. Lotter (Magnus Ducatus Lithuaniae, 1780). 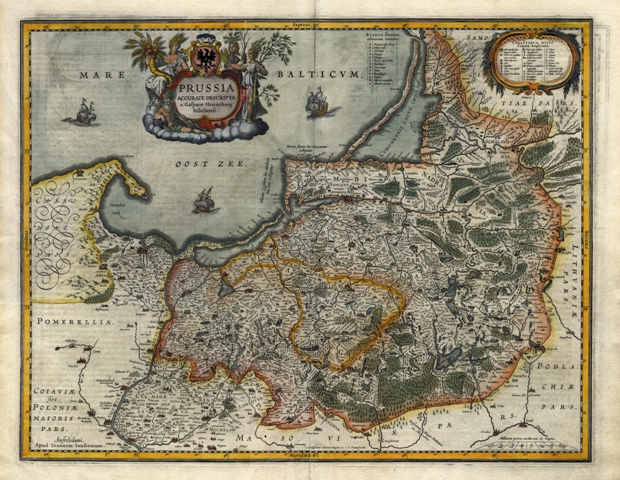 From the second half of 17th century in the Prussia State, cartographic work was regularly carried out and maps were published not only of the whole state but even of separate parts. Some of these show the changes taking place in Lithuania Minor. 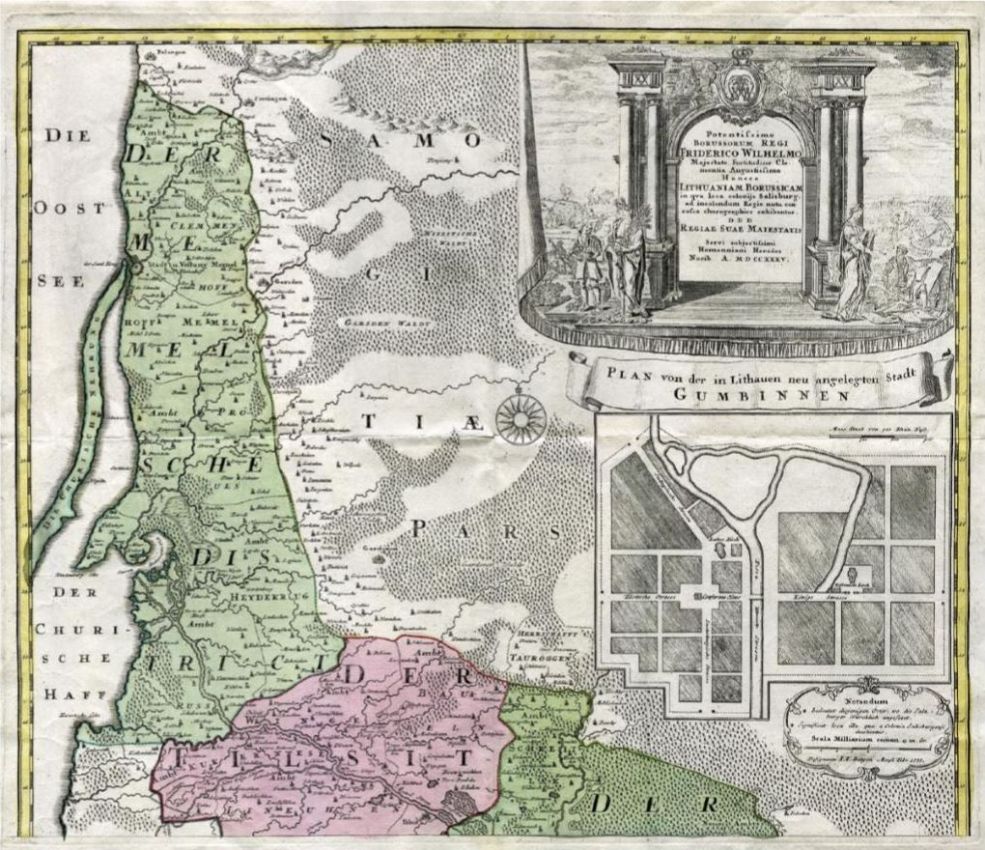 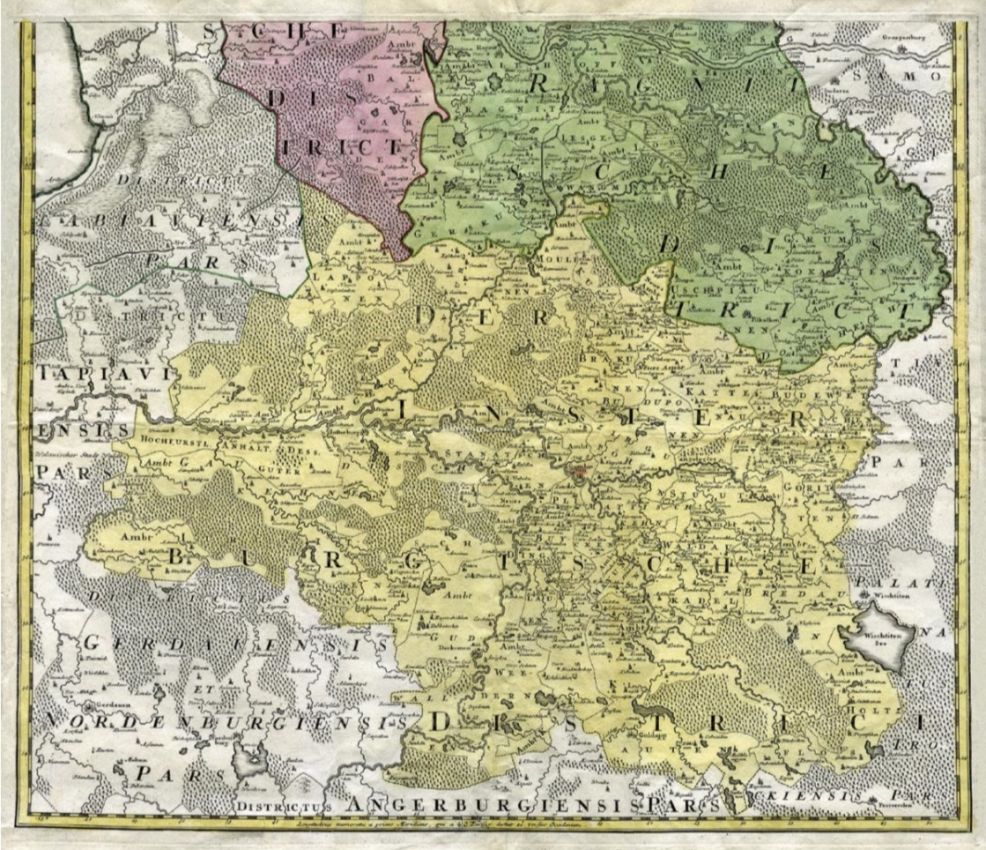